There was a disturbance due to rain in the first T20 match, and the match had to be canceled. Now the Indian team has reached Mount Maunganui for the second T20 match. Before this match, the Indian team was given a grand welcome in the famous ‘Powhiri’ way in New Zealand. Powhiri is a ceremony performed to welcome guests in which Dance, singing, etc. are included. 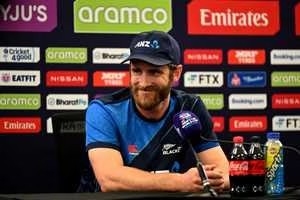 Talking about the Powhiri ceremony is a Maori welcome ceremony. In which speech, cultural program, and singing are included. This ceremony is mainly performed during the reception of the guests. At the start of the ceremony, there is a challenge for non-Māori speakers. This is the most spectacular part of Powhiri. Some pictures of Powhiri were shared on the Twitter account of the CSK Fan Club. In this, the players of the Indian team are seen participating in the Powhiri reception.