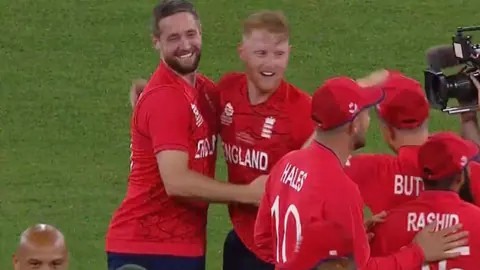 After defeating India by 10 wickets in the semi-final match, the England team defeated Pakistan in the final match to win the T20 World Cup Championship. After this, former England captain Vaughan has targeted the BCCI, ‘He has said that the BCCI should leave pride and take inspiration from them and should follow England cricket.’ Taking a jibe at the BCCI, Vaughan said, “The BCCI should leave behind ‘pride’ and learn from England. The England team is setting a different standard in the T20 format. According to Vaughan, the whole world should follow the England team. It should be seen how cricket is being conducted in England and what dimensions are being set for it.

Vaughan told ‘The Telegraph, “It’s a very special team against limited overs.
The England team is setting a different standard in the cricket world. The whole world should learn from the England team and follow it. They need to know how cricket is being conducted in England. What are those people doing? The former batsman said, “If I was running Indian cricket, I would have left behind my pride and taken inspiration from England.”

During this, Vaughan heaped praise on Jos Buttler and said that he can follow Indian team captain Mahendra Singh Dhoni in the matter of leading the England cricket team for a long time.

He said that ‘Jos Buttler has given the championship to the England team by showing the best game at the age of 32. He has a chance to establish his own identity. Mahendra Singh Dhoni took over the command of the Indian team for many years and won the championship. Butler can do that, especially now that he is focusing on one format.